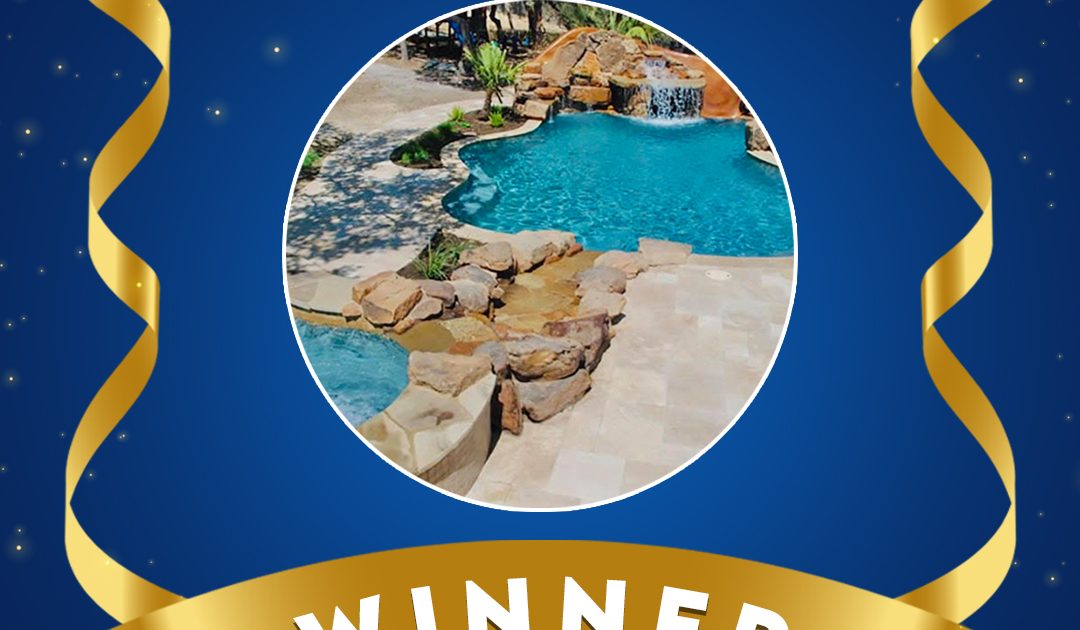 Element Pool Company was recently honored to be named Builder of the Year at the Pool Nation Awards hosted at the International Pool Spa Patio Expo in Las Vegas, NV. The award comes as a tremendous honor. The Pool Nation Awards hosted in collaboration with PoolPro magazine recognize leaders from a variety of different categories, including pool service, pool equipment manufacturers, and the prestigious 30 Under 40 in which owners JC and Daniella Rodriguez we were proudly named last year.

“To be named builder of the year is really incredible,” said owner JC Rodriguez, “we’re still relatively new in the San Antonio market, but to receive this kind of recognition from our peers in the industry is incredibly gratifying to our entire team.”

The news of Element Pool Company’s meteoric rise to “Builder of the Year” comes as no surprise to Pool Magazine Editor, Joe Trusty who profiled the company in a recent issue. “I’ve known them for years and it’s high time they received the recognition they truly deserve. A young pool company, but they’ve got what it takes to be a leader in this industry.  I’m thrilled to see them get this award and ecstatic the rest of the pool industry sees the same winning characteristics in them that we do.”

To be named “Builder of the Year” is truly humbling, and an incredible milestone for the San Antonio pool builders. This after Daniella Rodriguez was named “Rookie of The Year” and both owners appeared in the 30 Under 40 issue of PoolPro. It’s a testament that peers from within the pool industry are recognizing the level of quality and workmanship going into work Element Pool Company is performing in their local market. As a luxury custom pool builder, achieving these accolades after only a few years in operation simply affirms that the young firm is on the right trajectory.

“We couldn’t be more thrilled,” said Daniella Rodriguez, “we’d like to thank everyone who voted for us and continue to make us one of the leading pool builders in the nation. It’s a tremendous honor for us.”

To learn more about Element Pool Company, visit www.elementpoolcompany.com. If you’d like to schedule an interview with owners JC & Daniella Rodriguez, email alise@poolmarketing.com.

Author: Element Pool Company
Element Pool Company is a top-rated San Antonio Pool Builder. Experts in the design and installation of custom inground pools with a reputation as one of the leading pool construction firms in Texas; we're thought leaders on the subject of building & maintaining pools.

Looking to create your ideal paradise in your backyard? Rely on us for helpful tips on how to make your bac...

Element Pool Company was recently honored to be named Builder of the Year at the Pool Nation Awards hosted ...

Nominated Builder of The Year by Pool...

We’re proud to announce we were recently nominated Builder of the Year! Element Pool Company is rapid...

Why Should You Install Gunite Ingroun...

The versatility and longevity of gunite inground pools have made them a favorite among homeowners. These po...

We’re proud to have been featured recently in one of the leading trade publications for the pool &amp...

Element Pool Company is a top-rated pool construction and outdoor living expert specializing in the installation of inground swimming pools. We're proud to be the pool builder of choice for discerning homeowners in the San Antonio area.